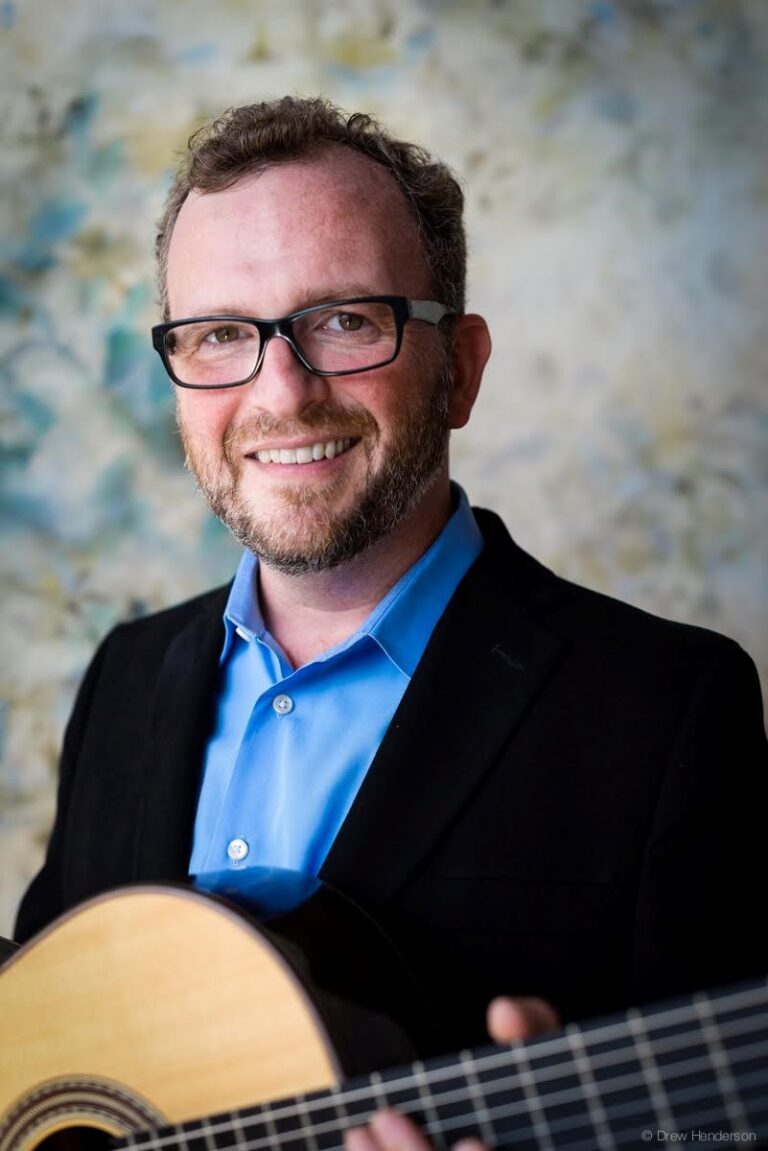 American guitarist Andrew Zohn is recognized internationally for his work as a performer, instructor, and composer. Performing on five continents as a soloist and chamber musician, a recent critic has said: Zohn…easily demonstrated how he is one of the most sought after performers on the classical guitar as his fingers deftly plucked some of the most subtle of tones on the instrument.– (The Star, Kuala Lumpur).

Since 1999, Dr. Zohn has served on the faculty of the Schwob School of Music (Columbus State University) in Georgia, where he is the Jo and George Jeter Distinguished Chair in Guitar. A much sought after teacher, Zohn has been named to the faculty of the IV Máster en Interpretación de Guitarra Clásica at La Universidad Pablo de Olavide in Sevilla, Spain for 2018-19.  Those interested in summer study with Dr. Zohn can find him annually at the Texas Guitar Camp (Austin), the Candlewood Farm Arts Foundation’s Solstice Symposium Guitar Festival (Connecticut), the East Carolina Summer Guitar Workshop (Greenville), and the Borguitar Festival (Borgo Val di Taro, Italy).  In addition to these, he has been a guest artist in such distinguished events as the Festival of New Music (Central Conservatory of Music, China), Guitar Festivals Changsha and Shenyang (China), the Iserlohn Guitar Symposium (Germany), Camino Artes Festival (Spain), the Guitar Foundation of America (USA), Musica Ravenna (Italy), and GuitareMontreal (Canada).

Students of Andrew Zohn have won prizes in over 100 national and international competitions including The Parkening International, The Guitar Foundation of America, The World Guitar Competition (Serbia), and The Asia International (Bangkok).   Many of his students have been featured on the American National Public Radio program highlighting outstanding young musical talent From the Top.

A strong advocate for new music, Zohn has been responsible for commissioned works by, among others, Sergio Assad and Atanas Ourkouzounov.  In 2017, Zohn gave the world premiere of the commissioned work A Concerto of Colours by acclaimed British composer Stephen Goss.  Original compositions and transcriptions by Andrew Zohn are published through Les Productions d’Oz, Canada, Tuscany publications (Theodore Presser), and FJH Publications. Zohn’s latest solo recording, Eterna Saudade, will be released by Contrastes Records (Spain) in 2019.