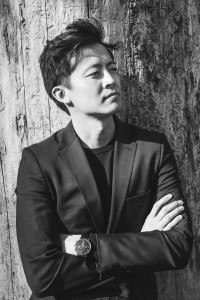 First prize winner at both the Antal Dorati International Conducting Competition in November 2018 and 1st European Union Conductor’s Competition in January 2018, Henry Cheng has established himself as an internationally acclaimed young Asian-American Conductor.

In November 2017, Henry Cheng was appointed Chief Conductor and Artistic Director of the Klangkraft Orchester in Duisburg, Germany.  With a “new rich orchestral sound full of energy and vitality,” he made his Klangkraft Orchester debut at the Duisburger Akzente Festival under the festival theme of “Nie wieder Krieg”(never again war), and program title “The World Dies Screaming”, a commentary of the humanistic responsibility of climate change.

Henry has been invited to the prestigious masterclasses of Riccardo Muti, Bernard Haitink, Kurt Masur, and Tugan Sokhiev.

As an educator and community outreach supporter, he has worked with and developed programs with the Metropolitan Youth Symphony Orchestra, the Bochumer Symphoniker, and the Indiana University Beethoven Project.  He has also worked with many middle and high schools in his hometown of Atlanta, GA.

Henry has premiered more than forty new works of all sizes and mediums, collaborating with visual artists, choreographers, dancers, and singers.  As an opera conductor and coach, he has conducted and played in productions of Candide, Die Fledermaus,  Dialogues des Carmélites, La Boheme, Marriage of Figaro, Don Giovanni, and Così fan tutte.

Henry received his Bachelors in Piano at Eastman School of Music with Professor Thomas Schumacher. As a conductor, he has studied at Georgia State University, Indiana University, and at the University of Arts Berlin under Maestros Michael Palmer, Arthur Fagen, David Efron, Harry Curtis, and Steven Sloane.