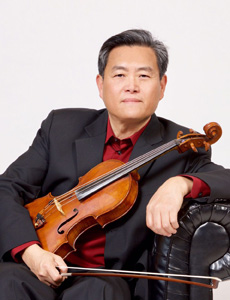 Jay Liu is Associate Principal Viola of the San Francisco Symphony Orchestra since 1993.

Born in Shanghai, he began his violin studies when he was 5. He entered the Shanghai Conservatory of Music, and was named assistant professor of viola upon graduation. He came to US in 1986, studied with Professor Donald McInnes and Alan De Veritch at University of Southern California.

In 2011, as Fulbright Specialist, he completed his three weeks of residency in China’s Central Conservatory of Music, sponsored by Fulbright Foundation and US State Department.

Since 2014, he has served as Viola Professor of San Francisco Conservatory of Music.