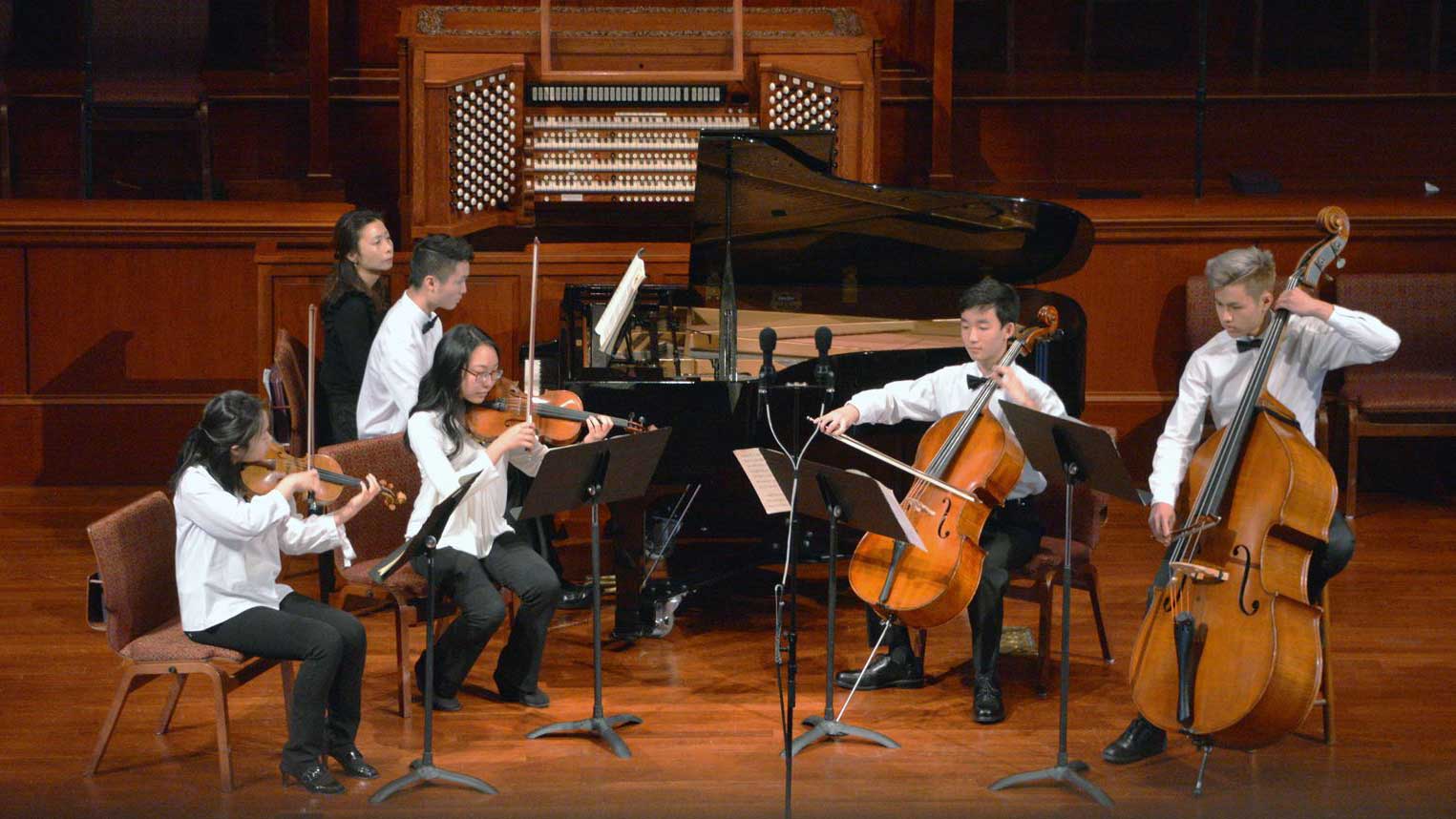 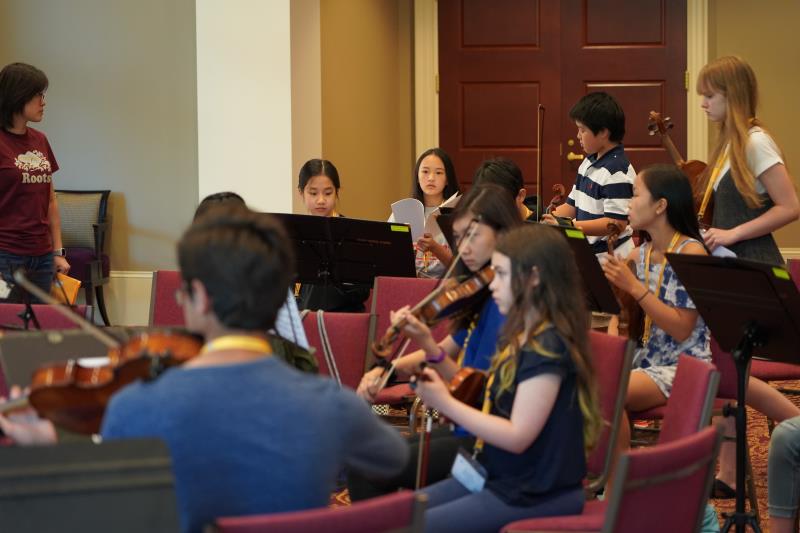 This 3-minute video provides a thorough overview about the mission and accomplishments of the Atlanta Festival Academy. To watch the amazing individual performances from our 2019 concerts please click here. 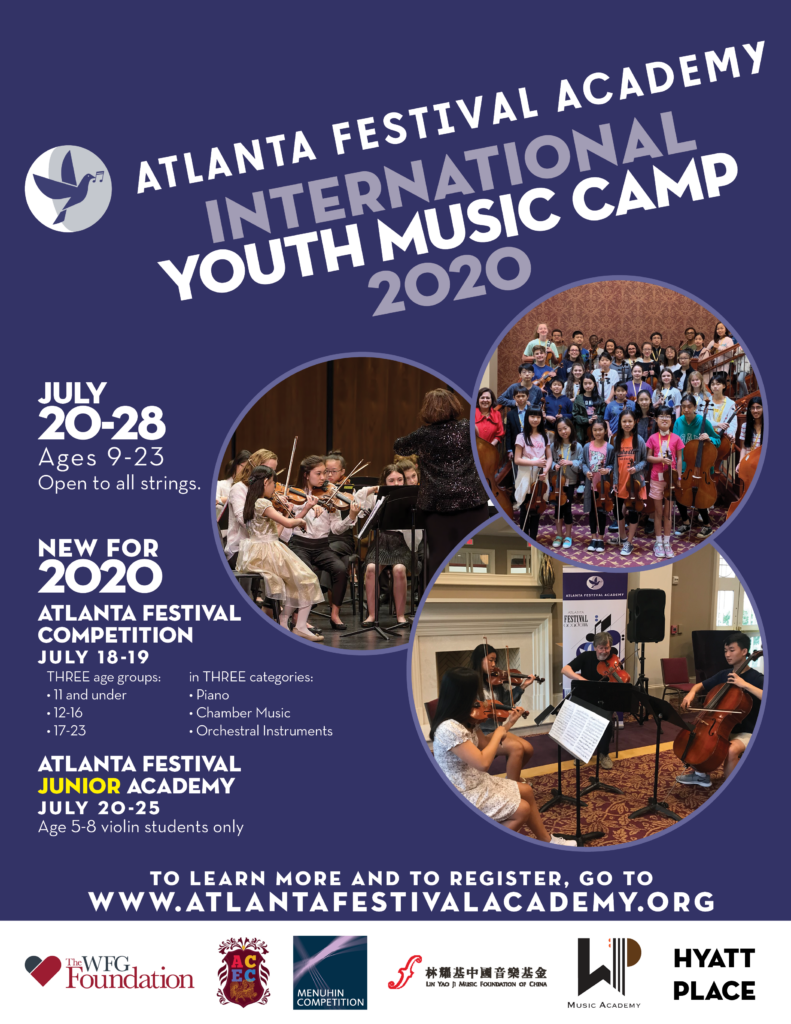 The 2020 Atlanta Festival Academy
The Atlanta Festival Academy maintains its position as the first international two-week classical music festival hosted in the Southeast, and will again attract young musicians, renowned instructors, and world-class performers from around the globe. The festival will continue to be packed with master classes, lectures, workshops, as well as private lessons, chamber music, and orchestra coachings by celebrated teachers from Asia, the Americas, and Europe. The 2019 edition of the festival culminated with two concerts featuring Menuhin Competition winner Chloe Chua. These concerts thrilled nearly two thousand audience members and highlighted works by Mendelssohn, Bartok, Dvorak, and other great composers. We feel sure that the 2020 festival concerts will again delight and engage concert-goers and festival participants alike.

The 2020 Atlanta Festival Academy will have THREE different programs.

Berlin-based Conductor Henry Hao-An Cheng to Join AFA Faculty In July 2020!
The Atlanta Festival Academy excitedly welcomes conductor Henry Hao-An Cheng to our faculty for the upcoming 2020 edition of the festival. Maestro Cheng currently serves as Principal Conductor of the Klangkraft Orchester. We can’t wait to experience the energy and musicality he will share with our Festival Orchestra participants. You can find his bio here.

2019 International Shining Stars Concert
On July 27, 2019, at the Sandy Springs Performing Arts Center, the Atlanta Festival Academy kicked off its performance series with the “International Shining Stars” concert. The concert featured Chloe Chua performing her famous interpretation of “Winter,” from Vivaldi’s Four Seasons, which had already reached more than two million views on YouTube. Other young musicians from the Atlanta Festival Academy joined Chloe on stage, including winners of various international competitions from China, Singapore, and United States.

AFA Co-Founder William Pu Honored by Georgia Secretary of State Congratulations to Atlanta Festival Academy co-founder William Pu, who was honored during the 2019 AFA opening ceremony as an Outstanding Citizen of Georgia. Mr. Pu received this Award from the Secretary of State, Mr. Brad Raffensperger, and it was presented by the secretary’s special ambassador, Mr. Roger Wise, Jr. This award is a recognition of the effort and commitment put in by everyone associated with the Atlanta Festival Academy in order to create a classical music festival unrivaled by any other in the Southeast.

We would like to thank the following partnerships for making the Atlanta Festival Academy so successful.